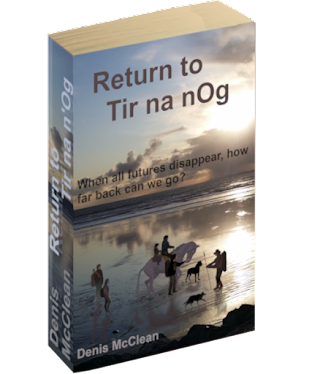 This is my latest title. Just click on the cover to visit my site and then click on the bigger cover to get your virus free 5 Chapter EPUB e_Book preview and enjoy.

That done, why not go to my home page to see what else is going free.

What's this book about? You'll get the full synopsis when you follow the link but in a nutshell:-

2. Because global warming took a back seat during the pandemic but doesn't mean that it has gone away either.

3. You might need a small appreciation of Northern Irish accents and humour or the lack of it because the first character you meet is young Aaron Maxwell, who has miraculously survived four years of chaos and now he needs to move on ... but to where?

Posted by Denis McClean at 17:01 No comments: 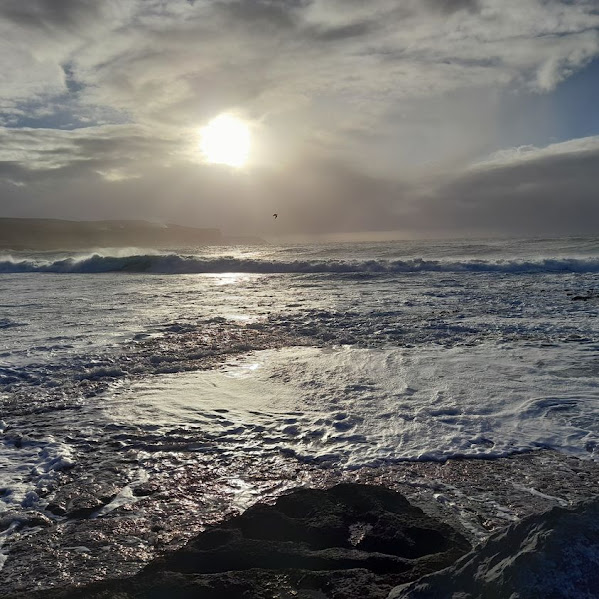 it's got a wind chill factor that cuts like a knife to the bone no matter what we wear but it's not unbearable. January is its own solution by demanding a welcome as the inevitable arc of a cycle that life itself or Destiny designed.
Hating January invites it to last forever. Think of it like July when Mom says we should enjoy our greens and our fruits because otherwise they'll spoil and be wasted.

Posted by Denis McClean at 17:03 No comments:

Wishing on a Star

We like to believe that we’re motivated by lofty aspirations and that the higher we aim, the better we will be as a result. To gauge precisely how high the human aim is, we could look at how much we spend on it, globally. Oops.

So, looking instead at graphs of past achievements, imminent and far future plans alongside money already spent and likely budgets, Space Exploration comes out on top but why? What do we get for all those billions spent annually for everyone on the planet? Well, the ultimate dream is for ‘A Place Among the Stars’ and the means to get there in one piece.

That last sentence directly and indirectly references two tracks by the great Hans Zimmer for the movie ‘Interstellar’. His soundtrack is unforgettable and truly evocative of our highest human calling. These and many others stir the human spirit into action and then keep us focused.

Star Trek and its many later mutations, Avatar, Alien and Star Wars epics combine with countless truly great productions to show that humanity can boldly go into warp-drive and seal that greatest aspiration of ‘A Place Among the Stars’.

Moon Colonies by 2028 and another on Mars soon afterwards are proof that we are not bluffing. We’re really going out there and misty eyed pen pushers like me choke up and try our damndest to produce ever better stories of what we’ll likely be doing after we’ve arrived at that mega milestone for humanity. In fact, I’m getting close to finishing my latest right now - but this one is very different. Bear with me for a couple more paragraphs while I explain why.

There seems to be some PC unstated ban on two words: ‘China-Virus’ even though that’s where the thing came from. On the other hand, the Spanish Flu Pandemic of 1918-20 infected a quarter of the global population killing anywhere from 17 to 100 million, but it didn’t start in Spain. China on the other hand has an undeniable record of exporting these deadly diseases, so why not call a spade a spade and keep everything real?

That’s not to suggest that the Chinese people did this deliberately, because they didn’t. It was accidental but these things happen when people crowd out and get too close to pathogens that are normally innocent parasites on or inside other creatures who live on Earth alongside us. The China-Virus is just a symptom of a far more serious malady associated with global warming, pollution, overpopulation, deforestation, burning fossil fuels, forest and bush firestorms, severe weather with melting ice caps, sea levels rising while methane bubbles up unstoppably in the background. If it's not clear now, then it soon will be, that we have triggered multiple extinction level events.

The thing is, that when we do get out there and look back, we’re not going to see the same constellations because we won’t have the same point of view. Our own shining star will feature in one of those new constellations and we’ll have to come up with a name for it. Only then will we realise that we always had 'A Place Among the Stars … for free … and we screwed it.

This book will tell it like it really is but I'll try to find some hope to put in there. There has to be hope, right?

Posted by Denis McClean at 10:48 No comments:

So, who says a Muse is no longer a thing? 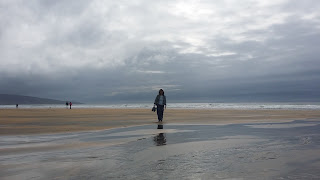 Posted by Denis McClean at 18:38 No comments:


I freely admit to being one of 'those' people who believe that (People) are THE major virus by creating more and more of the same. We contaminate on whims and push creatures out of their long established evolutionary niches, while making others extinct. All of this is done without any acknowledgement of their ‘God Given’ right to co-exist on this planet with us.

We process / devour them like so many other 'resources' until they become rare, critically endangered and then disappear like ghosts. It should come as no surprise that we sometimes get too close and they literally spit in our faces and send another corona virus across the species divide, tit for tat. What we tend to forget is that we are far from perfection and the world doesn't need us. If we disappear, we will be replaced by something else, just like the dinosaurs.

Meanwhile, we automatically claim the 'Human' right through Neoliberal Globalism to use everything like there is no tomorrow which coincidentally, is precisely what a virus does. If anyone finds that observation insulting then take a look at the trajectory of the Covid-19 Infection Graph overlaid against the Graph of Human Population Growth and then try to tell one from the other.

Destiny features in much of my work, nearly always with a capital 'D' and It is not as fickle as evolution, possibly because it is driven by something with a higher purpose. It has occurred to me that Destiny probably predates evolution and has lately, in the scheme of things, shared the 'Power to Create' with us. This 'gift' can be shared with 'someone' / 'something' else if we waste it because Destiny tends to see the full picture.

This facility makes us more than any mere virus but only if we accept the responsibility that comes with it. Not everyone will survive the Covid-19 waves and we mourn those who leave us too early, especially those we couldn't be with when we parted ways to continue our separate journeys. But Humanity must rise to the challenge of creating a better tomorrow out of the selfish greed that caused this and so many other pandemics.

This will be a world where far fewer of us are left behind. It's as simple as that and if we can do it, we will have gone some way to being worthy of our 'Humanity' label. Then Destiny may see fit to offer yet another gift until we too, can make anything possible.
Posted by Denis McClean at 05:51 No comments:

Ok, so you know when you finally get a handle on something complex? So much so that you feel you can then present it to others in a semi-coherent fashion? Well I'm not quite there yet, even though I thought I was ... twice already.
Writing for one is easy but that's because I'm already in my own loop. Writing for you, on this particular subject is proving to be something of a challenge but I'm up to it, even if I find myself hanging in there like a terrier after a rat.
As always, my writing has to be very real and I need to get it to the point where you as the reader, can not just see but also smell the same rat, dank matted fur an'all.
In the 'Old Irish', Tir na n'Og is a place of Celtic Mythology and/or mentality. It's a land of eternal youth and vigor from which anyone can depart but with no hope of return once contaminated by touching anywhere less pure. That's pretty much anywhere else.
Global warming is not just impure but also catastrophic. Real science supports models that indicate tectonically induced earthquakes arising from the weight of melted ice being lifted from the arctic and antarctic. There is also a model supporting a cooling of North Western Europe due to gulf current weakening due to glacial melting.
That cooling however would be temporary, but in the meantime, sea levels would rise significantly which in turn, would force people to move. With survival at stake, passport controls and borders become porous.
In Ireland, Dublin and Belfast are no-go gang areas and people need to get rural and rediscover some very basic roots to survive ... but when winters are hard and life no longer has value, a hero is humanity's only solution.
When the legendary Oisin claims to have been reincarnated with the sole purpose of bringing people back to the perfection of Tir na nOg, Aaron Maxwell knows what he must do. He must show his humanity by putting the decrepit old man out of his misery, just as he did his uncle Sammy. I'm getting there...

Posted by Denis McClean at 17:53 No comments:

Is pretty much what I said - When 'Irish Writing' asked how I settled on writing what I do...
Just hit the link for the full article. I think you'll enjoy it.

Posted by Denis McClean at 08:34 No comments: